We all love a good scandal. One of the most hotly debated topics of the last few years is whether or not eh nu-office design we've all migrated to is actually conducive to productivity. So let's take a look. Are open offices effective?

The year is 2000. Inventor Robert Propst is on his deathbed, and full of regret. Sure, some might argue that his brainchild has done far less damage to the world than other monstrosities. Robert Oppenheimer’s A-Bomb, or John Sylvan’s K-Cup, for example. Though Propst gave himself no slack. He took the final opportunity to lament that what he created was a “monolithic insanity”.As you’ve probably already figured, Robert Propst is the creator of the office cubicle.The cubicle started out with good intentions. Propst wanted to give workers more wall space for brainstorming. His idea was that the ‘In’ tray was hiding too much of the workload, and employees would be more productive if they could see their work spread out in front of them. Plus, partitions would provide a little more privacy, enabling workers to knuckle down without constant distraction. Big business snatched up the idea, and, like countless other well-meaning inventions, (Agent Orange was created as a herbicide to help grow crops) was warped by corporate greed for hellish ends.The cubicle is now the symbol of the daily grind; the bars on the nine to five prison. But is the alternative any better?Modern architecture could certainly do with more function and less form. We’re not designed to be in cubicles, after all. In fact, we’re not designed to be in offices at all. 3.8 billion years of evolutionary success have created humans made to mingle, share stories and pick the ticks off one another’s backs. As result, some of the best innovations come from the lunch room, the playground or the pub.We’re in an age where disruptive innovation is touted as the absolute holy-grail of success. ‘Unicorn’ companies that have successfully innovated are worth billions. With a ‘B’. Understandably we all want to increase the likelihood of our business coming up with the next Uber or Facebook.Often when I talk about innovations in the real estate sector, I’m pretty myopic. I’m certainly guilty of focusing too much on residential property, and not enough on the building that I spend the other half of my life in.Offices are becoming an increasingly bizarre topic of conversation. While we all laughed at the battleship-grey existence of those trapped in the very corporate set of Office Space, the nu-office is gearing up to be even worse.

The nu-office takes everything even remotely resembling a Dilbert comic strip out the back and shoots it. Rather than cubicles, the new trend is for ‘open-planned spaces’. Rather than having all your work spread out, cloud storage and software allows you to pack everything you need into a laptop and work from anywhere. Rather than tentative chats at the water-cooler, employees are told to mingle constantly.At first glance, it almost seems like a decent idea. Rather than thinking of your company’s very expensive real estate as just a ‘space to work in’ (with the convenient advantage of keeping out rain and bears) why not design and build an office that actively works as a tool for collaboration? Why not make the office fun? After all, so much of our creative thinking and productivity is a result of our environment.But is it possible to walk the fine line between playground and workspace? Does your company really need a music room? A bright red slide? Just one, big 1,100 foot desk? A whole wall of candy?Are you trying to distract employees?One would take a look at the Googleplex – a veritable ‘Office of Eden’ – and wonder how anyone gets any work done at all.Clive Wilkinson architects and Google worked together to create a ‘campus’ environment. A space that encourages chance encounters between staff members of different departments, and hopefully, the innovation you see when different thinkers collide. It’s like playing a game of mental alchemy – smash as many different minds together until you produce gold. Pull down the cubicle walls, get the salespeople talking to the engineers and who knows what genius they’ll come up with?For Google, open-plan apparently works. And because it works for Google, countless other businesses have tried to follow suit. Though not always as successfully as they’d hope.In our attempts to flee one dystopia, we’ve found ourselves in another.Facebook, for example, are building the largest open-plan office in the world – a single, 10-acre room soon to house over 2,800 software engineers.

Replace the sewing machines in this Vietnamese textile factory with MacBooks and you’ll get the idea.It seems strange for a company like Facebook, who earned their crust offering modern social networking tools to the masses, to opt-in for more traditional communication techniques. Like shouting.Like Facebook, Yahoo took the new collaboration philosophy to the extreme and made the questionable decision to put a blanket ban on employees working remotely. As the Chief of Human Resources explained; “Some of the best decisions and insights come from hallway and cafeteria discussions.” Understandably, this pissed off a lot of people.In order to make the open office even more effective for collaboration, some companies have started ‘hot-desking’: the basic premise of which is that no-one has their own desk at all – rather, desks are allocated to employees via rota, or a ‘first-in-best-dressed’ system. Evidently, this is supposed to stir up more social Brownian Motion and increases the likelihood of Jack from accounts and Jill from HR coming up with the next big thing?At HubSpot, for example, names are literally pulled out of hats to decide who sits where.In hot-desking’s defence, the correlation between environment and creative thinking has been shown in numerous studies. However, many also theorize that treating adults like children isn’t going to do any favours to your productivity either.

The nu-office is generally, but not exclusively, tied to the technology sector. In such a fast-paced industry, you need the best ideas.Tech companies do tend to need to move faster than other industries. Horizons are in constant fluctuation, so you need to be able to turn on a dime if you want to survive. The problem is, when a great new idea or innovation happens, those that came up with it get a head-start. More often than not, they stay in the lead. Bing isn’t exactly snapping at Google’s heels.But ideas alone are worthless. You need deliver.And that’s exactly the problem with the nu-office: while it’s supposedly a fantastic place to brainstorm, it can be impossible to actually put in the hours required to bring an idea into fruition. And it looks like there’s an inverse relationship between environments that foster creativity and those that foster getting shit done.We need to develop workplaces that have the best of both worlds. And that’s difficult to build on top of open-planned foundations.After innumerable complaints that the lack of privacy was directly contributing to higher stress and blood pressure in employees, architect Chu Foxlin offered a genius solution. A felt ‘isolation cone’ – large enough to work in – could be hung from the ceiling to about three feet off the floor. Kind of like a giant ‘Dunce’ cap. This would block most of the outside noise and distractions while also telling everyone you’re a poor ‘culture-fit’ (read; ‘groupthink’) and probably own too many cats. I’m not sure that’s going to work.While I truly love to have a good old-fashioned whinge about things, I do need to give credit where credit is due. The cubicle was no better, and open offices do increase the sense of comradery and friendship between workers. We tend to get along better with our peers when we’re in a closer proximity to them – and studies have shown that workers in open plan offices see their co-workers as friends, and spend more time socializing outside of work hours.So sure, I can’t argue with success. Take down the cubicle walls – but make sure you still offer a good environment for concentration when it’s needed. Jungsoo Kim and Richard Dear of the University of Sydney conducted a study that showed that the lack of sound and visual privacy were the biggest annoyances of all office workers. Quiet, private spaces for focused work are an absolute must-have.

So what would this happy middle look like? Allow me to paint a picture of corporate utopia.

Do it for Google, comrades. I shudder to think of Larry or Sergey on their death-bed, looking down on all the Fisher-Price playpen offices of the future and wasting their final breath to lament it was all just another “monolithic insanity”. 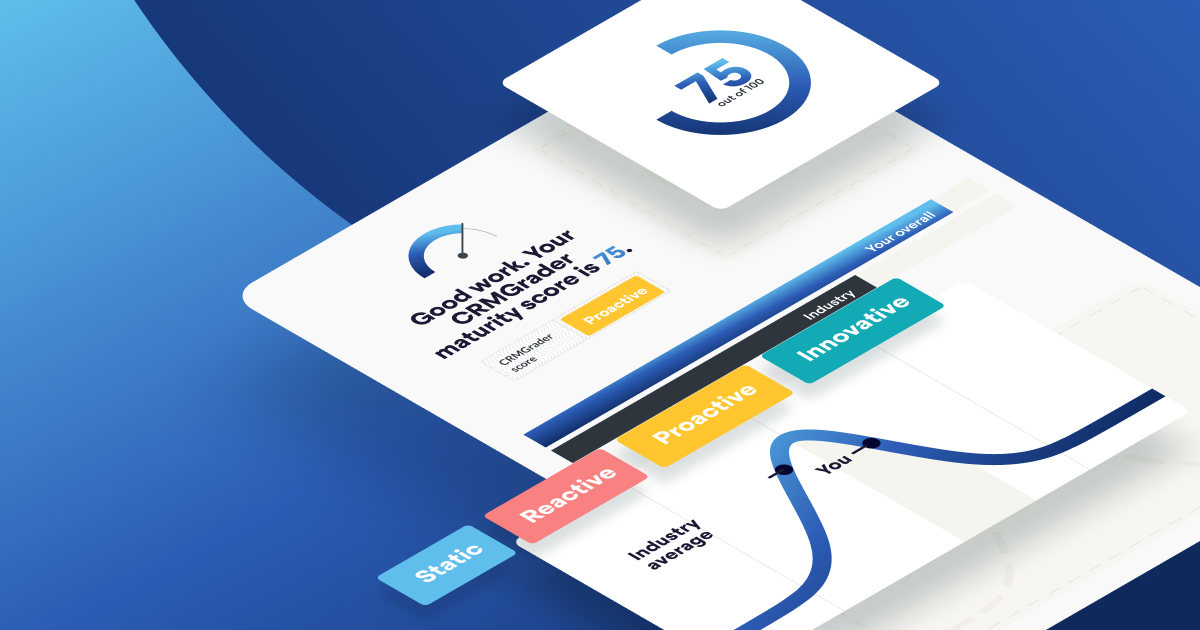 What would you do with an extra 6 and a half hours a week?

Unfortunately, there are only 24 hours in a day – you can blame the Egyptians for that one. So, if you can’t make more time, what can you do? You can save it. Enter CRM. 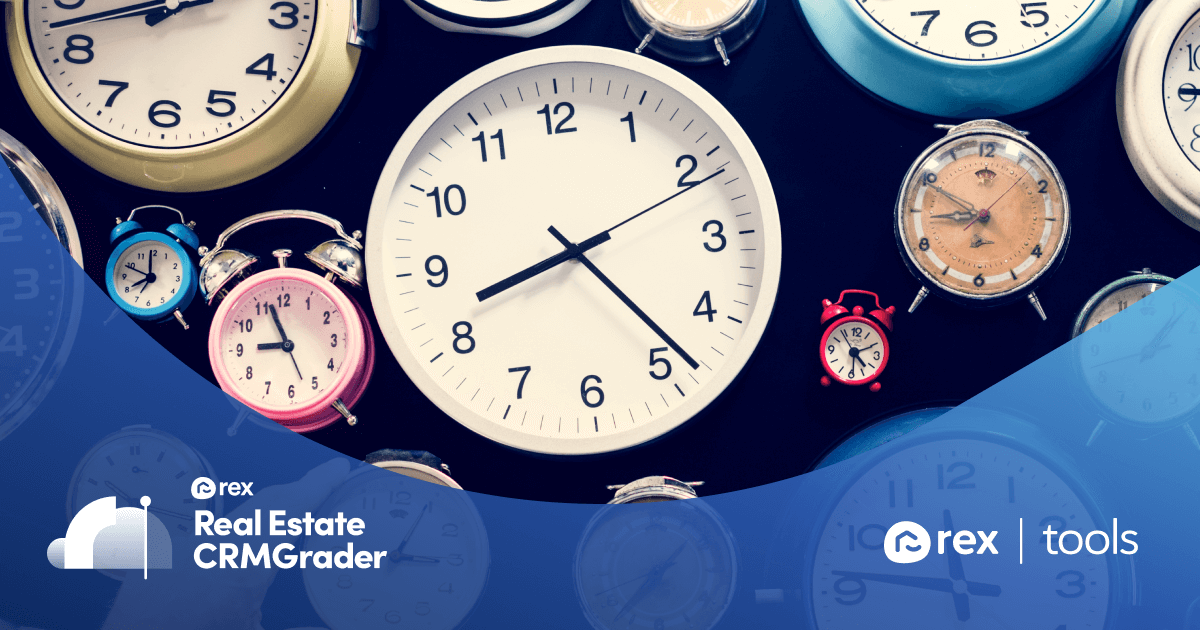 There are a lot of options when it comes to database tools, automation tools, marketing platforms and communications. Find the one that's right for you. 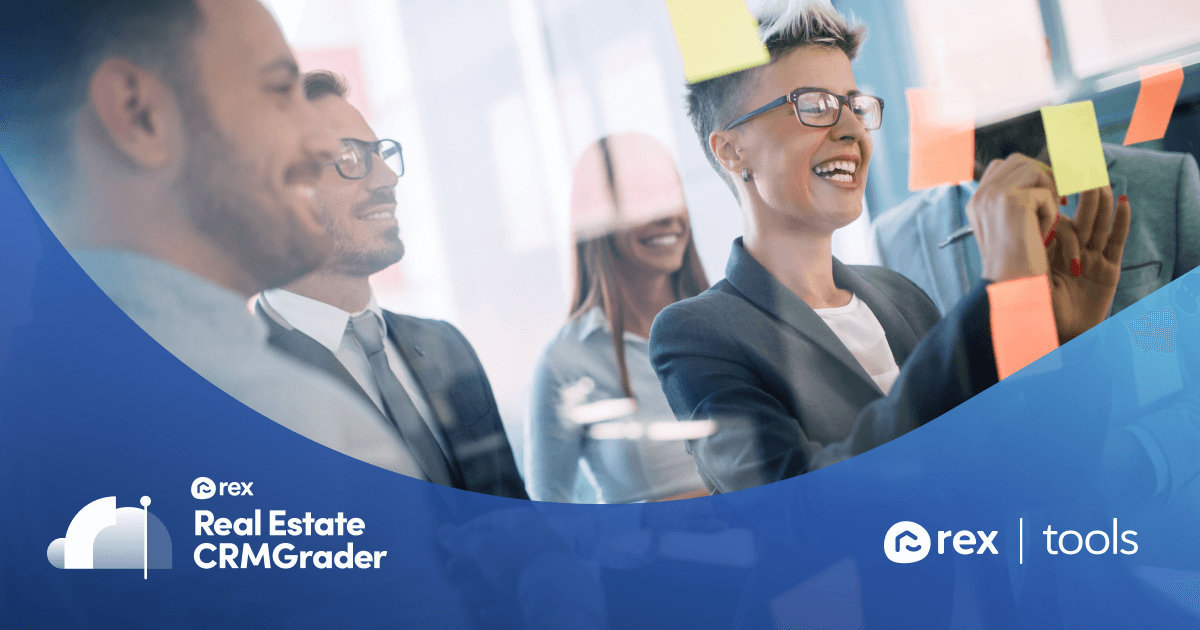 If you’re reading this, you’ve at least entertained the idea of changing real estate systems. That’s the first step. Read on to find out what to do next to make the transition simple.